TLDR - BIG TAKEAWAY - A quick plea to brewers everywhere - for the love of all of everyone - label if your beer uses grapefruit in it. Turns out there's a chance of it causing some nasty side effects. (Actually for that matter - be kind to everyone and label your beers with anything outside the core four.) Edited to add - Taking feedback from various parts of the community and adjusting language to be less hyperbolic 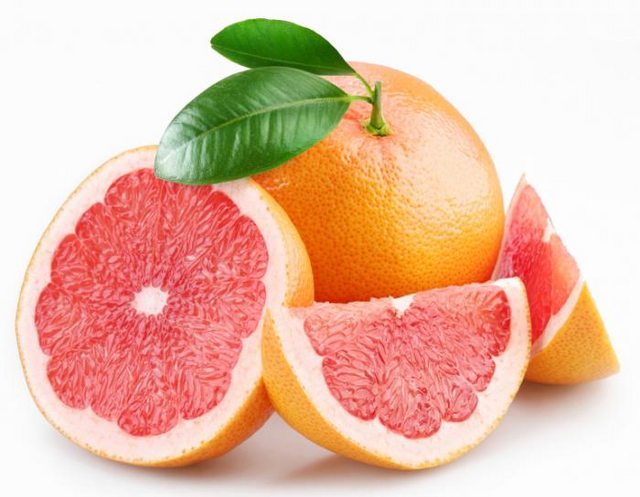 Not that long ago, grapefruit was an American breakfast staple. If you wanted to lose weight there's even an ancient still kicking fad diet centered around a ton of grapefruit and grapefruit juice with every meal. But, sadly sometimes even a good thing can be dangerous when combined with the wrong sorts of other good things. What does this have to do with beer? Some brewers, in an effort to boost those beloved American citrus hop characters, add grapefruit to their beers to create a "wow" aroma and flavor. See Ballast Point's Grapefruit Sculpin as an example. It's amazingly effective and fits seamlessly into the beer spectrum of flavors. But... Grapefruit has a nasty completely unexpected side effect of interfering with a series of liver and intestinal enzymes - chiefly Cytochrome P450 3A4 aka CYP3A4. So? Well, the job of the thing that sounds like a Star Wars droid is to oxidize and neutralize toxins, poisons and drugs. Really, those are the same thing - scary molecules that your body wants to remove from the system. (Remember Paracelsus maxim: "sola dosis facit venenum" or in a non-dead language "The dose makes the poison" Aka - anything, in large enough quantities can be poisonous.) The studies published show that it takes a bunch of grapefruit juice to have truly deleterious side effects, but many patients and doctors prefer to stay on the safe side when you're dealing with things like heart meds. (Denny for instance) For most everything we ingest, this inhibition isn't a big deal, but, for a certain fairly sizeable set of medications, it's downright deadly. Many of these drugs are taken on a regular schedule that's determined by a combination of factors including the time for the body to remove it from the system and reduce it below theraputic thresholds. Aka - your dose is based around the general timing that your body will flush enough of the drug within X hours to remove the effects you want from the drug. Start interfering with the liver's ability to dispose of the chemicals and you throw the time table all out of whack. Suddenly where there should have been little of the medical compound left, you now might be adding another full dose in on top of a high continuing blood level. Since it's the dose that makes the poison, well, you can see the problem. What causes the problem then? Grapefruit contains chemicals related to furanocoumarin. The nasty piece of business in there is the coumarin which is a liver toxin that is used sparingly in some medications and as a vanilla flavoring. Mexican vanilla extract was banned in the US for years out of adulteration concerns when manufacturers started using the much cheaper Tonka bean to boost the vanillin quantities in their extracts. The tonka bean being the source of the name for coumarin (from the French), turns out that it was dosing a fair amount of coumarin into the extract along with vanilla. So coumarin, which is mostly banned in the US as a food additive, enters your blood stream via your grapefruit addition in the beer and starts messing with all those enzymes. Keep taking your meds as a good patient should and suddenly you cross from theraputic into potential lethal blood levels of your meds and then you have issues on top of your issues. For those who are curious Wikipedia lists that there are 85 drugs currently understood to have interactions with grapefruit. Not all through the mechanism above, but mostly in similar fashion the coumarin interferes with enzymes that take up the drugs and cause an inadvertant overdose. NOTE: All of these drugs have listed interactions with grapefruit - doesn't mean they're going to kill you, but that it will mess with the presumed metabolism of the compound in your body. For some drugs that's particularly dangerous (see many heart meds), but for some things like caffeine as long as you not being a he-man macho idiot, you'll be fine. Heck, even with things like everyone's favorite blue pill, you're probably fine too unless you've got heart problems in the mix - but you already knew those drugs have potential consequences for those with heart conditions. What's the Risk?: Presumably, low, but when it comes to some of these interactions people need to extra careful. Treat it like an allergy - annoying but with bad consequences. All we're asking for - help keep Denny alive - label if you're using grapefruit. He's had scares and his heart can't take it. (or something) Heck you should probably label things outside the "core 4" anyway to avoid allergies. Just like the whole thing with , it's not a guaranteed doom and gloom scenario, but your care can help avoid any issues. Here's some of the biggies.

END_OF_DOCUMENT_TOKEN_TO_BE_REPLACED

Support us on Patreon!
Brewer's Friend
Subscribe to BYO Magazine and Support the Podcast
Not One More Vet