You may be aware that one of my favorite beers is a chanterelle mushroom infused wee heavy that I call "Wee Shroomy" (recipe in Experimental Homebrewing"). I'm extremely luck y to line in the Pacific Northwest for a number of reasons, but one of the biggies is the surfeit of wild mushrooms we have here. During mushroom season, I can walk out of my back door and usually find the several pounds of mushrooms I need to make a batch of it. 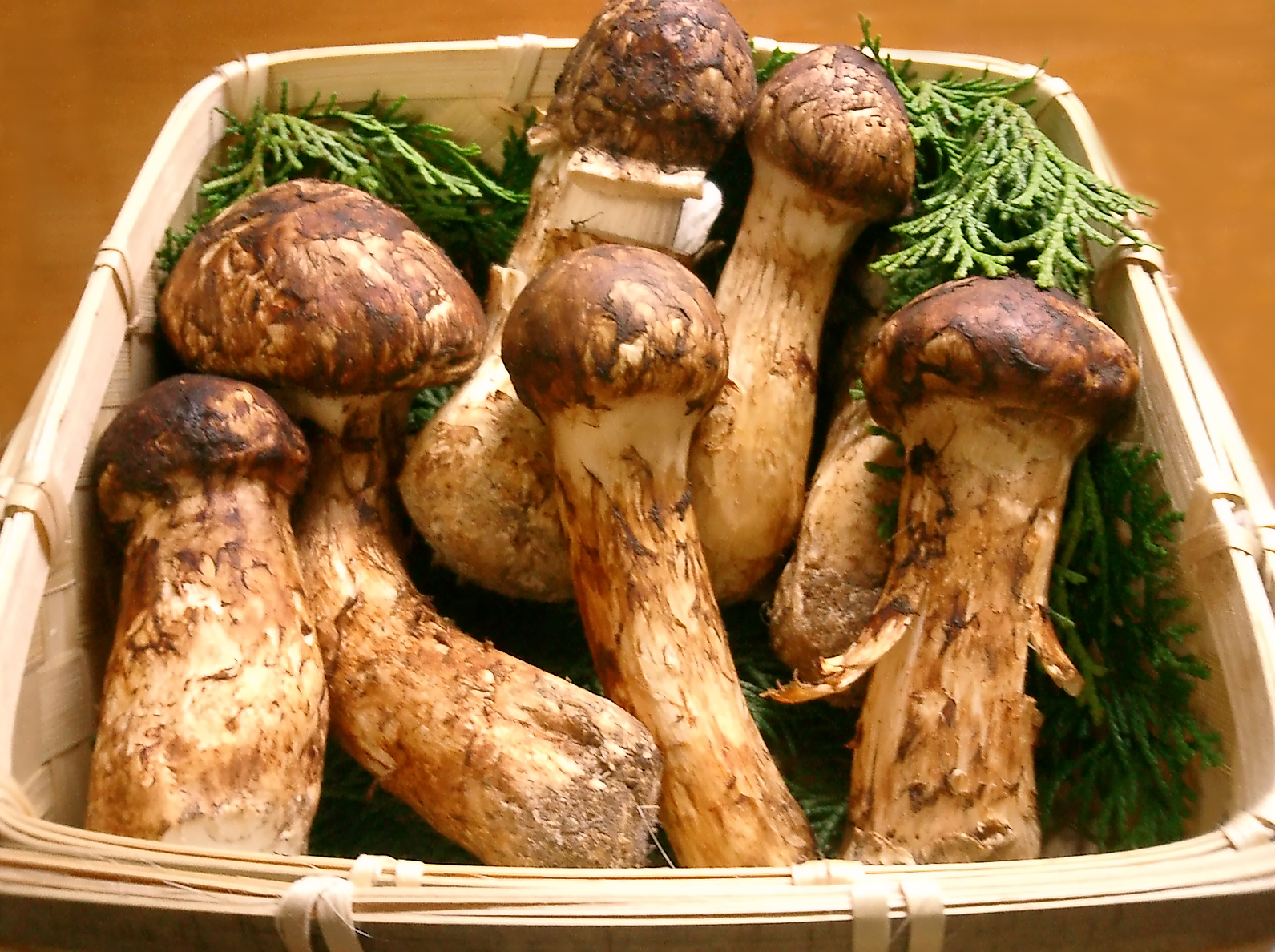 Well, I also have some great neighbors who are mushroom hunters, too. Last Sunday, my neighbor Gary dropped off a bag with 3 1/2 lb. of matsutake mushrooms in it! I don't even want to think about how much those would cost if I had to buy them!

After some thinking and consultation with Drew, I've decided to brew a Belgian Golden Strong Ale with them. I'll be sticking to the classic Duvel recipe of pils malt and sugar and using WY1388 fermented at about 58 in order to keep esters and phenols to a minimum. I want a bit of those, but I want to be sure to not cover up the delicate spiciness of the shrooms.

I'll do my usual processing of the shrooms to get them ready for the beer, although they're sturdy enough I'll be able to do a bit more cleaning with them than I can with chanterelles. Then I'll chop them, vacuum pack them and freeze them. (Notice I never mentioned sanitizing.) After the beer is fermenteed out, I'll thatw them out and add both the shrooms and all the liquid in the bag to a secondary fermenter and rack the beer on to them. A week or two on the shrooms should do it. I'll taste as it sits (tough, but it's gotta be done ;) ) to determine how long to let them sit.

If I end up anywhere near the beer I have in mind, it'll be incredible!

First steps in the Golden Shroomy....a Belgian Golden Strong ale with matsutake mushrooms! A neighbor brought by 3+ lb. of matsus he'd found. I chopped them up and vacuum sealed them. They'll go into the freezer for a few weeks until the beer gets brewed and is ready to have them added. When I thaw them put I'll add both the shrooms and all the liquid they've exuded. I can almost taste it now!

END_OF_DOCUMENT_TOKEN_TO_BE_REPLACED

Not One More Vet
Subscribe to BYO Magazine and Support the Podcast
Brewer's Friend
Support us on Patreon!