One of the biggest attention getters in the book is that we feature a couple of “Meat” based beer recipes, like Jeremiah Marsden’s “Pork Soda” or Charlie Essers’ “Bacon Helles” or our own spin on Digby’s Cock Ale. The recipes certainly grab your attention and make you cock your head in such a way as to go “huh?” (There’s a real reason too.. read to the end of the article) Why the meat talk? Because thanks to our kooky friends at Dogfish Head – meat beer is back in the news – since apparently they are producing a Scrapple Beer for their Beer for Breakfast. 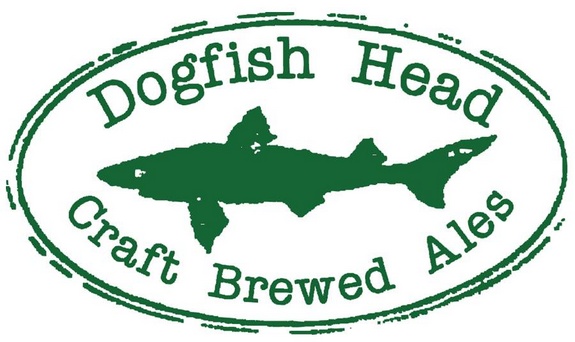 Scrapple. is a quintessential Pennsylvania Dutch breakfast speciality largely associated with PA and Delaware. Delaware is home to Rapa – the largest producer of Scrapple in the world and Dogfish Head. So naturally, the two should meet up! 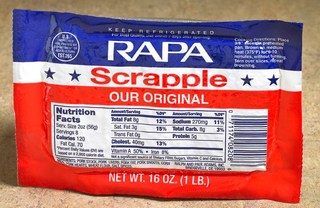 To make scrapple, you basically take everything left over from a pig – head, heart, liver, bones, ribs, etc and boil for 3-4 hours until everything falls apart. You remove the bones and fat. Reserve and grind the meat and then boil cornmeal in the remaining broth to make some sort of terrifying polenta/grit mush. You mix in the meat, a whole bunch of savory spices (sage, pepper, etc) and then cook for a while longer until it’s super thick. You then put the scrapple into pans and allow to cool and solidify overnight. In the morning, you slice and fry the scrapple and serve with eggs, maple syrup and whatever else you desire. It sounds terrifying, but it’s fairly tasty. Ok, back to the beer – DFH’s plan – Make a breakfast stout with Maple Syrup (from the grounds of the high school where Sam met his wife), Applewood smoked barley, lactose, cold pressed coffee and 25 lbs of lean scrapple from Rapa. Since this is a brewpub only special I think it’s safe to say – it’s a small batch – 5-15 barrels so approximately 0.8-2.6 oz of scrapple per gallon of wort. (Anyone know the size of the DFH brewpub system?) What do we have then? A smoky milk stout with spices and coffee. Subtract the meat from the equation and I think we can see that the beer itself isn’t that unusual. How would I go about making this? We’ll start with one of my favorite stouts – Mac’s Gone Oat Malt Stout – an attempt to replicate some of the magic of the old Maclay’s Oat Malt Stout. It uses malted oats which you’ll find from Thomas Fawcett. To get our smoke, we’ll use a little cherrywood smoked malt (from Briess) or if you have the gumption – smoke up your own. (March/April 2010 Zymurgy – “Smoke ‘Em If You Got ‘Em”) (AHA Members Only). Lactose, to give the milk. Cooked cornmeal, because that’s what’s in Scrapple along with pork. And then spices – pepper, sage and bay are the common flavors. Since they’re boiled in scrapple, we’ll boil them here. The coffee is cold steeped and added at packaging. Also for the maple flavor – since maple syrup goes bye-bye – I’d use a good extract like Olive Nation’s Maple Extract – just a touch! Voila – tasty Scrapple inspired beer – minus the actual pork.

I promised to give some solid explanation on the whole meat thing, so let’s put meat and fermentation into historical context – in the bad ole days of people not really understanding what the hell was happening in their beer/cider/mead/wine – “fermentaters” figured out that if your product wasn’t fermenting vigorously or clearing that hanging some meat in the brew would perk it up and make a raucous fermentation that cleared beautifully. (Seriously, a side of pork wasn’t unheard of in a vessel of cider. Digby’s Cock Ale was a real thing and not just a bar bet gone wrong, etc). Back then they probably felt that the meat was giving part of it’s vital life force to the brew and that’s not entirely incorrect – as we know nowadays – yeast need nutrients and a piece of meat is going to provide those in abundance. This allows the critters to perk up and get down to business.